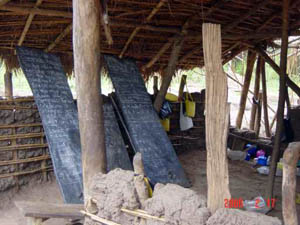 When we first visited Mavuvumira School, we were taking a group of young people to Khyato Clinic, and we drove past a very run down 'mud hut' school. The children, in ragged clothes and a few in tatty neon yellow school dresses and shirts all ran, waving and calling, as they saw our mini bus full of 'Mazungu' (white people).

We had to stop and say hello and have a look round their meagre premises in the middle of nowhere. At the end of that trip we had some money left and asked everyone what they wanted to do with it and we all said "let's spend it on the school".

That was in 2005, and since then we have raised money each year through sponsored youth trips and Christmas Crafts sold at St Sebastian's Church. The school now has two rows of classrooms and the children look smarter in a neon pink uniform.

In 2006 a water tank was purchased with the funeral donations from our late sponsor, Geoff Hamilton, who visited the school with us in 2005.

Funding has since been provided to build two sets of classroom buildings, which each have two separate class room areas. Also and most importantly a separate latrine area has been built.

All the children in the school were given a Life Straw in 2010 to enable them to drink clean water.

Mosquito nets were taken out in 2011 to the community and a demonstration given by the local UNICEF representative to show the people how to use them.

The charity provided funding for the school buildings to be gradually improved and for materials for the school, such as desks, teaching materials, chalk, text books and exercise books, stationery etc. The Head Teacher does not speak English and expresses his thanks and joy via his staff, but we can see how much our support to this remote school has meant to him. The children and the staff are always excited to see people. 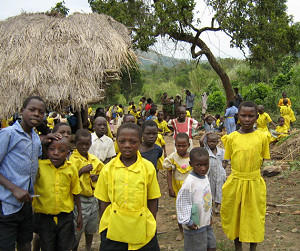 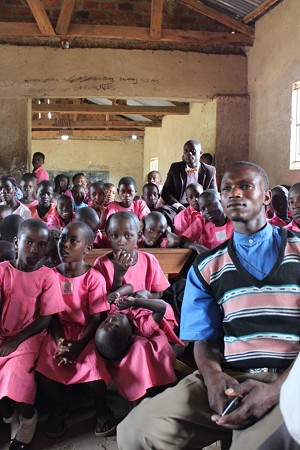 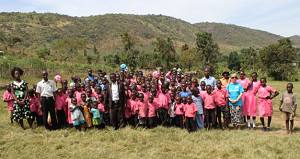