The story of my life by Namujjuzi Harriet.

I am Namujjuzi Harriet. I come from a family of five children and I was the last born. My brothers and sisters did not go very far with their education due to our parents' inability to raise all the school fees needed for them. Our eldest brother managed to reach senior six as he was partly contributing for his own school fees and my parents were also contributing the rest, which was really hard for them. The rest dropped out of school before sitting senior four.

As a young girl I wanted to be a nurse, but my parents could not support me to achieve my dream. Then I had a very big chance. I was picked up for sponsorship while in Primary one at Glenburnie Primary School. Mrs Victoria Lwanga Lukwago, the manager, was the Sponsorship Coordinator of Mityana Charity (now known as PaCT). She realized that I came from a very less privileged family and she called me with other children to her office at break time. Little did l know that God was making a way for me. She helped us to write letters to our pen pals in the UK and after about like one month we were informed that we had got sponsors who would cater for our school fees. I was happy to hear that, but at that age I didn't know the real implication of having a sponsor. Both my parents were peasant farmers with no realizable income to pay for our education. When they informed them about what had happened, they were so happy and I remember my mother danced and thanked God for his continued provision in our family.

Mrs Victoria told me that my sponsor was called Teddy and I started receiving support in form of pens, clothes, books and other children items. I was very happy and my sisters, brothers and parents were happy for me too. My sponsor could cater for my school fees and all the scholastic materials. When she came in my life, I don't remember a single day of being sent back home for school fees as it used to be before getting a sponsor.

I finished my Primary level in 2010 and I managed to get second grade and joined Secondary level in 2011 at Mityana Secondary School. Life was interesting at my secondary level, my school fees was paid on time. Many of my friends were sent home because of unpaid fees and many could even miss some exams. I was able to attend study tours while at school through the support from my sponsor because someone with a selfless heart who didn't know me before and who had only seen me in pictures decided to take me on and I became a child in her life. I completed my Ordinary level in 2014 with a second grade.

My dream was to become a nurse but unfortunately my sponsor's daughter died of cancer during this time and due to avoidable circumstances the support ceased. I was so saddened by the fact that she had lost someone very important in her life and I thought that my dream had come to an end as nursing courses were very expensive. However, God who started my journey was there for me. Mrs. Grace Musaasizi, who was by then the sponsorship coordinator, found me another sponsor, Mr. Richard Hallyday, who supported me while doing my nursing course from May 2015 till August 2018. I graduated in March 2019 with a certificate from Mengo Nursing School. I spent two and half years studying and six months practicing to make a total of three years.

I started working even before my graduation in a clinic in Kasangati but had to forego a job that side due to uncertainties in life and became unemployed. In February 2020 I received a call from Mengo to do interviews, and on passing them I was offered a job there. I work in Mengo hospital in the eye department as a nurse, and am interested in and specialising as an optician. I like my career so much and I feel good being among the people who work tirelessly in order to save people's lives.

I am very grateful to all my sponsors, most especially Teddy and Mr. Richard Hallyday through the Mityana Charity UK and its implementing partner in Uganda Partners for Community Transformation (PaCT) formerly known as Mityana Charity and the team that work together on ground to see that everything was running smoothly. Without your effort I would not be what I am today. 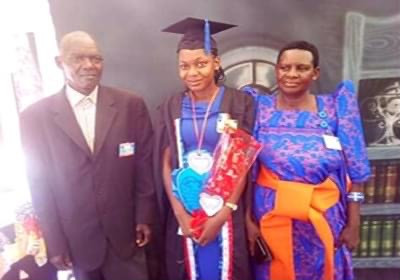 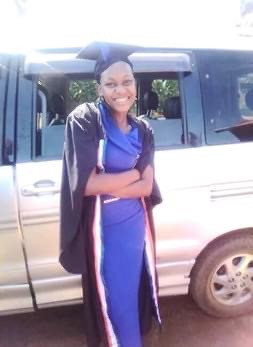 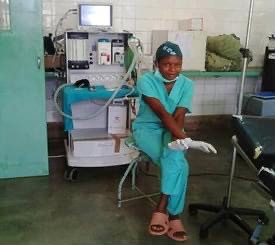 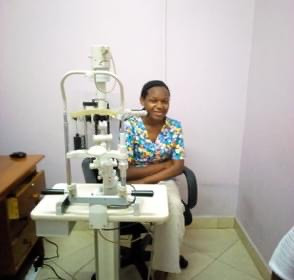