In 2005 at the request of the former Bishop of Mityana, Dunstan Bukenya, Mityana Charity became involved in building a school at Lwankuba. The driving force in this project was Ann Potts, and the school was named after her Ugandan name, and became Nabukenya Primary School.

Although the classes started under a mango tree and in a small church building, the school has grown rapidly and now consists of three classroom blocks, a multipurpose hall, three nursery classrooms, boys and girls dormitories, four sets of latrines and chapel, a kitchen with eco stoves, a store cupboard and two blocks of teachers' accommodation.

Water is collected via guttering and tanks and can also be pumped from a bore hole; the administration block and some classrooms benefit from solar power. The school now has 300 pupils and 9 teachers and is making good progress academically.
In 2017 the school was handed to the Mityana Diocese to run as it is now a fully functioning school on church land. 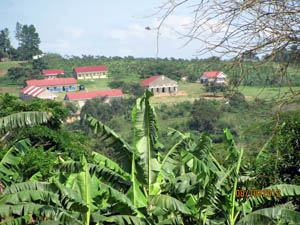 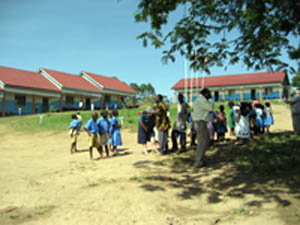 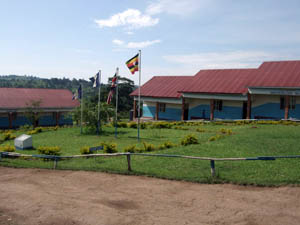 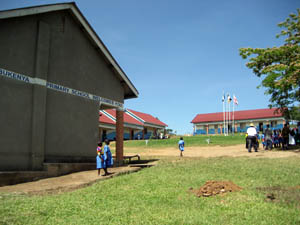 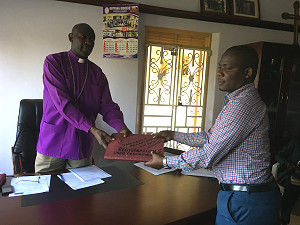 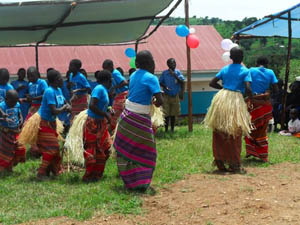 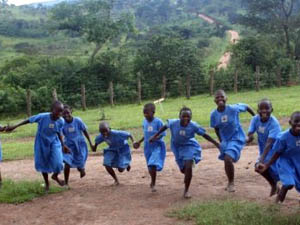 The children performing their Royal dance

The staff at Nabukenya Primary School are a hardworking and dedicated team who are trying to develop modern teaching methods under difficult circumstances. They mainly live on site in this rural area and have no means of transport to Mityana Town which is a 45 minute drive away. The school is friendly place to visit and welcomes guests into the classrooms to participate in lessons and learn more about the Ugandan way of life.